Our big dream began with a tiny home in a backyard

From the very beginning, our team has been dedicated to making ADU projects simple and transparent—because we know first-hand how difficult ADU permitting, planning, building, and leasing can be.

Geeking out over ADU planning

It all started with an empty backyard. Founder Kalani Creutzberg—a CPA at the time—told his dad that he could build a tiny home in his backyard to give him a new source of income while also helping alleviate San Diego’s affordable housing problem. Little did Kalani and his dad know that their seemingly simple project would hit costly roadblock after roadblock.

Drawing on his background as a tax CPA, Kalani dove deep and discovered what really goes into ADU planning and building. After geeking out a bit over the process, Kalani was able to save his dad’s project. During this journey, he realized that more homeowners needed an ADU consultant to help take projects from vision to reality—and ADU Geeks was born. We now employ a dedicated team of ADU experts and have helped build over 200 units and counting.

We’re determined to be part of the solution for San Diego’s affordable housing crisis. Our work with local San Diegans is aimed at bringing awareness to the impact ADUs can have on the housing shortage and how feasible ADUs are for homeowners across the county.

By bucking the industry norms to shed light on the ADU permitting and building process, ADU Geeks is helping more locals invest in ADUs for their families and the San Diego community. Our start-to-finish consultative approach with a “mission accomplished” attitude means more ADUs are being finished on-time and on-budget—expanding San Diego housing one accessory dwelling unit at a time. 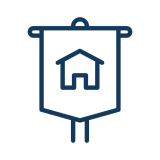 Why trust our Geeks to build your add-on unit?

Our dedicated consultants aren’t just experts when it comes to ADUs, they’re full-on Geeks. We’re fanatical about seeing your vision come to life and we’re ready to put our extensive experience to use for your project. Because we hold ourselves to such a high standard, all our deliverables meet the strictest standards of safety and quality. Though we demand the best of ourselves and our products, we’re also flexible—so if you have your own people you trust for part of the ADU project, we’ll still be there by your side through it all.